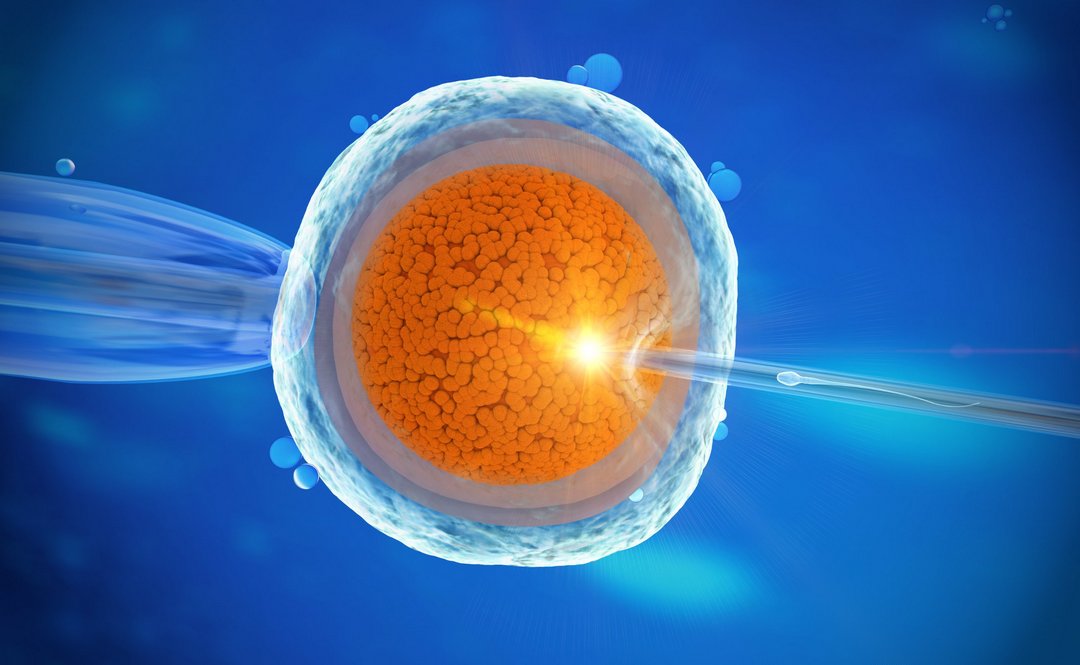 Having children is considered an exciting and life-changing event for a married couple. However, sometimes having children proves difficult for several reasons. Regardless of how hard the couple tries, the wife will not conceive. The couple may seek medical help and eventually opt to undergo fertility treatments.

One fertility treatment available to couples is in vitro fertilization. The husband and wife are involved in the process. However, the husband’s role is typically forgotten, even by the wife. Rarely do people check in on the husband and his state of mind.

My wife and I have gone through IVF a few times and were successful the last time. I realized that I was never approached about my feelings or state of mind after conception and birth. Not even my wife brought up the issue. Everyone was thrilled that she conceived and gave birth after having miscarriages in the past. I was relieved as well.

Shortly after the novelty of the newborn wore off, I occasionally had strange feelings about the process. Those feelings were never addressed, not even by me.

This article is to help you understand what might go on in the mind of a man who has successfully gone through in-vitro fertilization. You are not forgotten. I am dealing with the husband’s perspective of IVF in this article.

Before writing this article, I researched the effect of artificial fertilization on men. I wanted to determine if my experience during IVF treatments were typical. I was amazed by how few articles there were on the topic. Most articles on the web dealt with infertility in men. Overall, men have a negative response to fertility treatments such as IVF.

After discovering so little content on the topic, I felt even more motivated to write this article. I use my experiences throughout this article to highlight what men probably endure going through IVF or similar infertility treatment.

What is In-Vitro Fertilization (IVF)

Simply put, in-vitro fertilization involves removing eggs from the wife’s ovaries, fertilizing them by injecting sperm into the egg, or mixing them in a petri dish. The fertilized egg (embryo) is put back into the wife’s uterus, where it develops.

For the record, there is another similar type of artificial fertility treatment called Intrauterine Insemination (IUI). In IUI, the husband’s sperm is injected directly into the uterus, giving them less distance to travel to get to the egg, which increases the chances of conception.

The significant thing to note about IVF is that it is artificial. Keep that in mind as we progress.

There are three primary steps in in-vitro fertilization.

I’m sure you are familiar with what happens inside a woman after she conceives. A living human being develops and grows inside her uterus for about nine months. After that, she gives birth. She is celebrated, and it seems that all attention is on her. The husband typically stands alone as if he had nothing to do with it.

I recall going back and forth to the fertility doctor’s office, seemingly overlooked, even when I asked questions. It was very frustrating for me, and other men have gone through the same thing. There are two, possibly three, issues that men deal with after going through the fertility treatment process.

The Husband’s State of Mind

My wife and I attempted to have children for years after we were married. We sought medical help to determine what might be hindering conception. Nothing worked. Even IVF failed the first time.

I came to a point where I figured that we would not have children. I reasoned that my brother would have children and perpetuate the Cunningham name. I was okay with that. I was initially uncomfortable with artificially having a child. I must admit, however, that I was completely unfamiliar with the process. I had visions of test tubes in a lab.

I was also concerned that another failed attempt at conception by an artificial process would have a severe psychological impact on my wife. However, I went along with the process.

One of the most embarrassing and uncomfortable things I had to do during the IVF process was to deliver sperm specimens to the hospital and then to the doctor’s office for the actual fertilization procedure. I felt incredibly self-conscious about providing my sperm specimens.

I hated having to provide specimens and loathed producing a sperm specimen at the hospital. It took a long time for the dread of that day to leave me.

The thought that our child was conceived by artificial fertilization bothered me immensely. In my mind, I thought of the whole IVF process as a science project, and my son was a “test tube baby.” I felt alienated from him even before he was born.

I thought a child would be conceived after husband and wife make love. I never dreamed of submitting to science to replace the intimate act of producing a child.

Some people knew we were going through the in-vitro fertilization process. However, I did not volunteer the information for fear that they knew what it was and what I had to do. I visualized people teasing me about “jacking off” to have a kid. That bothered me immensely.

IVF and similar treatments provide a way for couples to have children if they have difficulty doing it naturally. However, the intimacy and emotional connection between the man and his wife is non-existence. The closest thing he feels is a sense of camaraderie as they both work together on the child-making project.

Going through IVF or a similar procedure is worth it if a couple wants to have a child but is not successful naturally. The goal is to produce a child; IVF helps do that very effectively. However, there are side-effects for the husband that was never addressed, especially the psychological effects.

I felt alienated during and after the IVF process, even after the birth of my son. The focus of attention was on the mother and her needs. I was the support person for her, but there was no support person for me. It’s bad enough that men are typically alienated even with a natural conception. Doing my part for the science project and enduring the alienation afterward was challenging and unexpected.

The frustration was very high while going through the fertility treatments. For one thing, the treatments were expensive. It caused a big hit on our budget. What made it worse was that the first few times were unsuccessful. There was no outlet for the frustration, especially during doctor appointments where I was effectively invisible to the medical staff.

I can’t express enough how much I hated how the medical staff treated me. There was one incident where I was left in the hall while the doctor worked on my wife because the waiting room was locked. That was after the doctor told me that he would make me comfortable.

Another effect of the IVF treatments was a sense of disconnection between my son, my wife, and myself. He was not conceived by my wife and me joining in love-making or even sex. Doctors conceived him in a lab, and I provided some of the material needed for the experiment, so to speak.

The feeling of disconnection was not prominent, however. It would enter my mind infrequently over the years that followed. However, there is still a disconnect. I imagine it is a shallow version of having to raise a child conceived by another man, even though I provided the sperm.

I only had one son, so I could not fill that disconneciton void or remedy how I felt about IVF. A significant factor in me not wanting more children, even naturally, was alienation’s effect on me. I did not want to go through that again; if I did, I felt my marriage would be in jeopardy.

I don’t think any man wants to feel alienated or disconnected from his wife or children. It’s horrible to be treated like a second-class citizen or side resource in a marriage relationship. The feeling of disconnection could lead to being totally disconnected from one’s wife, i.e., an emotional connection.

You would probably think that a couple would be excited about bringing a human life into the world. There is something innate in us to want to produce children. However, A man’s expectation is to produce children through intimacy with his wife. When that doesn’t happen and he goes through fertility treatment (whether he is the cause for infertility or not) his alienation may soon mutate into resentment.

He resents his wife for him having to go through the embarrasing and humiliating duties necessary in the IVF process. The discconection from his child could cause him to further resent his wife or even his child because because he or she was not the product of him joining with his wife in love-making or sex. His child may be perceived as the product of a science project like Frankenstein.

Things aren’t perfect in nature, so we shouldn’t expect perfection with having children. Sometimes things go wrong and all we can do is deal with those situations as best we can. A couple may have a difficult time having children and may seek medical treatment.

The wife typically gets an abundance of support from friends, family, church, medical staff, and more. However, the husband is usually left fending for himself, especially after the birth of their child (natural or IVF). Men need support too.

We need to protect ourselves from the stigma of not being able to produce a child. We need to find encouragement wherever we can. Perhaps there is a local or online men’s group that you could participate in. Find support wherever you can.

Many couples go through in-vitro fertilization. However, the impact that it has on men could be significant as described previously. Our society seems to favor the needs of the woman over the needs the man. Husbands seem to be invisible and in psychological pain about the IVF process.

Be encouraged men. Remember that you probably would not have had the child if you had not made the sacrifice to go through IVF, supported your wife, and did what you needed to do for success.

You have much value to your marriage and your children. Do not take yourself for granted even when it appears most others are. I know from experience that going through IVF has negative psychological effects, but in the end, it is good to have gone through it to produce a child.