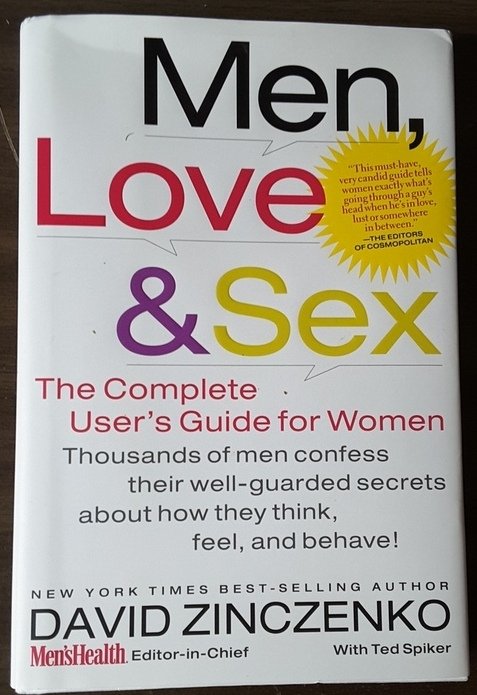 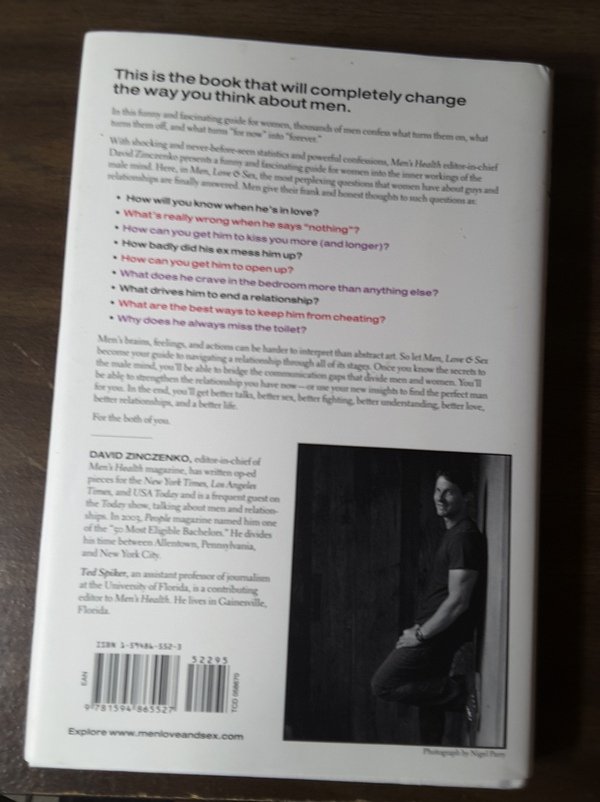 This is my review of “Men, Love & Sex,” which I purchased from Amazon many years ago for my own marriage.

I was not prepared to get married back in 1988 when I tied the knot, so to speak.  There was no school to go to that prepared people for marriage.  There were marriage ministries in church and premarital counseling.  However, for the most part, those were grossly lacking in preparing me and my wife for marriage.  I began to “see” things in the relationship that concerned me. However, instead of demanding that my wife meet my needs and do what I say, as some men do, I decided to learn about this thing called marriage.  I learned a long time ago that what we see in others is sometimes our perception and not necessarily truth. I also learned from a minister named, Wayne Mombleau. that we should start with ourselves and don’t take the track of blaming the spouse.  So, that’s what I did.  I began a journey to educate myself and adjust myself in this, at that time, new thing called marriage.

My wife was not as enthusiastic about learning about marriage as I was and that frustrated me even more.  I tried to get her to read articles, books, listen to cassette tapes (that’s how long ago this started), and have discussions about our own marriage.  However, she just wouldn’t do it and it began to cause major problems in me with regards to how I perceived her and my marriage.  Perhaps it was me or my approach.  I wanted her to know more about men in hopes that it would help her to understand me better.

I had realized even before we were married, that our society seems to be put an emphasis on men knowing women, how they think, what they want, etc.  I remember watching a movie with Mel Gibson called, “What Women Want.” What about what men want.  There isn’t as big of a push for women to understand men. That paradigm really bothered me and my wife was living proof of that.  Perhaps she was a victim of the society’s emphasis on men’s knowledge of women and not women’s knowledge of men.

After about 18 years into the marriage, I purchased the book, “Men, Love & Sex” from Amazon after receiving an advertisement for it from Men’s Health Magazine, of which I was a subscriber. I was amazed, because the book seemed to describe me as if someone was looking at my life like a reality show.  I loved the book. It was everything I was looking for to share with my wife in hopes that she would understand me as a man much better.

The book discusses things like, why men always want to fix things, why men cheat, why we don’t talk about our day, why we work so much, what we really want in bed, and what we want in love to name some of the topics.  I was very impressed and confident that my wife would learn a lot after reading the book.  Every wife should read this book to understand their husband much better.

The book is very well written in bite sized chapters.  I quickly read the book because it was hard to put down.  I highly recommend that every wife, every girlfriend hoping her boyfriend is the one, or any fiance looking to have a happy marriage read this book and learn.  This book will enlighten you on men, love, and sex.  Buy the book!