The Importance of Sex in Marriage

Sex in marriage is very important to the man and the woman.  Unfortunately, the importance of sex in marriage is not understood and in most cases not pursued.  We prepare and train ourselves for a plethora of tasks, but neglect proper education for the marriage relationship, and then we expect to live happily ever after. We must understand why sex is so important to the marriage relationship and do what we can to nurture it so that we would have one more thing to help us move towards a happy marriage.

Sex is probably just as important for women as it is for men, though the sexual aspect of relationships tend to focus on the man  A woman will be open to having sex with a man if that man makes her feel secure, loved, desired, etc.  This, of course, is not a fast rule because many women enjoy sex just as much as the stereotypical man.  Sex can be just as pleasurable to women as it is to men and the implications behind it in the relationship just as significant.

For men, sex is the expression of affection and emotional closeness and the relaying of those to him from his wife.  When a man has sex with his wife, he is not doing it in response to his emotional attachment to his wife, but instead he does it as an expression of the emotional attachment that he already has for her. A man feels close to his wife when she has sex with him because it means that she loves him and desires him.  If his wife doesn’t have sex with him for reasons he doesn’t know or understand, then he believes his wife doesn’t love him or desire him.  That is critical to a man and has a very adverse impact on the relationship.

The Man and Woman Perspective

Women don’t seem to understand the man’s perspective of sex in a marriage relationship the way society forces me to be aware of the woman’s perspective.  Women tend to think of sex as a physical act that men need to get a release.  As a man, I can tell you personally that it is much more than that.  A man wants to feel as though he is loved just like the woman.  The husband wants to know he is wanted or desired, just like his wife.  The thing with men is that those feelings of love and desire come from sexual contact with his wife.  If his wife does not want to have sex with him then in his mind he concludes that she does not love or desire him. Similarly, if the wife sees that all the man wants is sex, but doesn’t cater to her emotional needs, then she doesn’t feel loved or desired either.

Men and women have different perspectives of sex in the marriage relationship.  Women tend to need to be in the mood and emotionally ready to have sex with her husband.  A man is typically ready at almost any time because to him, the act of sex is an act of love and the manifestation of his wife’s desire for him.  The man wants to have sex to be close to his wife and the wife wants to feel close to her husband to have sex.  Not knowing this basic perspective of sex between the sexes can be the demise or catalyst for a happy marriage.

Understanding the Power of Sex

It amazes me that women don’t seem to know the simplicity and power of sex in a marriage relationship.  I’ve heard women complain that their husbands don’t wash the dishes, put out the trash, won’t help with laundry, etc.  The wife takes it upon herself to help the child with homework, preparing for tests, and much more.  The husband is typically neglected when it comes down to his most basic need, which is conveyed through sex.  Notice that I said his biggest need is conveyed through sex, not is sex.  Sex is just the carrier signal so to speak.  Sex carries the message of love and devotion, desire, and closeness to him.  Sex with him reassures him that he is the one.  Sex makes him feel desired.  His closeness to you will manifest in him wanting to help with the laundry, washing dishes, etc.

I once told a young lady something about her relationship with her husband after she was complaining about him for being mess and not helping with chores.  I told her that she had the power among other things.  I told her to “put on lingerie for him and he’ll mop the roof for you.”  He will start washing dishes and doing a whole lot of other things if he knows that she loves him and desires him, i.e., has sex with him.  Sex makes him feel good about his wife, and those good feelings create the environment where he starts to give more and more.  It is the signal from his wife that he is loved and cherished.  He then opens up to do whatever he can to save the damsel from distress, even if that distress is the dishes or house cleaning.  A man will surely slay any dragon for his wife if he knows she loves him, desires, him and he is her hero.

I cannot speak from a woman’s perspective about sex in marriage, but I have read a lot of articles and blog posts by women over the years about this topic (check out this article).  One of the misconceptions that I see is the belief that women do not like sex the way a man needs sex.  Sex feels incredibly good to both sexes and it has a power and influence like no other. History shows us this.  Women enjoy sex and will begin to feel bad about their husband if he withholds sex from her just as the stereotypical wife withholds sex from her husband.  Sex is important to women in a marriage relationship just as much as it is to a man, though it has different roles for the two sexes.  There are many women who are in a sexless marriage because the husband doesn’t have sex with her.  Women should therefore not be neglected when it comes to the importance of sex in a marriage.

Infidelity: The Often Result of a Sexless Marriage

Did you know that there are surveys that show that a man may cheat on his wife to maintain a relationship with his wife (e.g., see Why Do Ordinary Respectable Men Visit Prostitutes?).  I recall discovering this mindset many years ago as I was learning more about marriage relationships and why people cheat on their spouses.  The logic is this.  The man does not get the sex he wants from his wife or vice versa.  Other than that he truly loves his wife and even admires her.  He pursues the other woman  to fill the gap that his wife leaves open.  He believes that getting his sexual needs met by someone else will help the marriage because he will not resent his wife for holding out on him.  It’s a warped way of thinking, but you can understand where he is coming from.  He is trying to solve a problem and at the same time remain committed to a sexless marriage.  He is trying to love his wife even though she leaves him feeling unloved.  It is at this point where a man’s commitment to God has to overpower his urges for sex in an affair.  Several Christian men told me years ago that they would rather masturbate instead of cheating on their wives.

Unfortunately, a sexless marriage can easily lead to infidelity or at best separation.  It is not so much that there is no sex in the marriage, but rather what that lack of sex means to the husband and wife.  Sex carries the message of love and desire and without it, both will come to believe that their spouse does not love them or desires them.  Over many years of marriage, this could lead to so much frustration and stress, that they find themselves inadvertently building a emotional attachment to someone of the opposite sex, which could lead to adultery.

What should you do?  The answer is really very simple.  Have sex with your spouse!  Now the wife may say, “He doesn’t meet my emotional needs so I don’t feel like having sex with him.”  The husband might say, “She doesn’t want to have sex with me so she must not love me so I might as well stay away.”  The problem with this scenario is that nothing improves.  No one is willing to start on the path of recovery.  It takes two to have a happy marriage, but it only takes one to get it started, so, why can’t that someone be you.  Why can’t you just put aside your feelings and resentment and just do what a happy marriage needs.

Someone has to get things going and the other has to respond.  If someone doesn’t sacrifice and get started then the marriage will get worse over time.  If someone does take the initiative and the spouse doesn’t respond, but remains in resentment for past actions (or really doesn’t care), then the marriage is headed for disaster.  So get started.  Initiate and have sex with your spouse.  Show you love your man by having sex with him, giving him a lap dance, sitting on his face or whatever drives him crazy.  One day you’ll come home and find him mopping the roof.  Men, be affectionate to your wife.  Compliment her, hug her, kiss her, or whatever else she likes and feels connected.  One day you’ll come home and be met by wifey in lingerie!

Sex is important to the marriage because it has significant but different roles for the husband and the wife. Sex is important for the marriage because, through it the husband and wife can be and feel emotionally connected to each other.  Except for medical or physical challenges, sex within a marriage is a good gauge for that marriage.  Even if there are medical or physical challenges, the couple will find a way to be sexually active in some way. Couples who have regular sexual encounters are most likely in a happy marriage.  Couples in a sexless marriage denotes marriages that have problems.

Sex is very important to the marriage relationship because many are destroyed or beautifully maintained because of it.  The wife should be careful to provide the needs of her husband and the husband should be careful to provide for the needs of his wife.  There is a book that I read that goes into a lot of detail about that and I highly recommend it. It is titled, “His Needs, Her Needs” by Willard F. Harley, Jr. It is very important that the husband knows the needs of his wife and the wife knows the needs of her husband.  Too many times I have encountered couples who spend no time trying to understand the opposite sex and their intrinsic needs, to say nothing about learning the specific needs of their spouse.  We need to get to know each other intimately and that includes a good and healthy sexual relationship with your spouse. 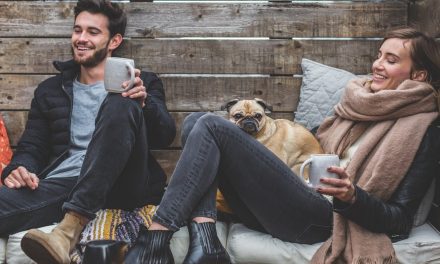 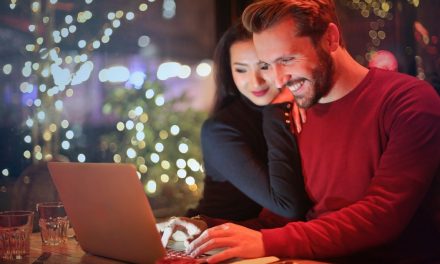 The Importance of Wives Helping Their Husbands