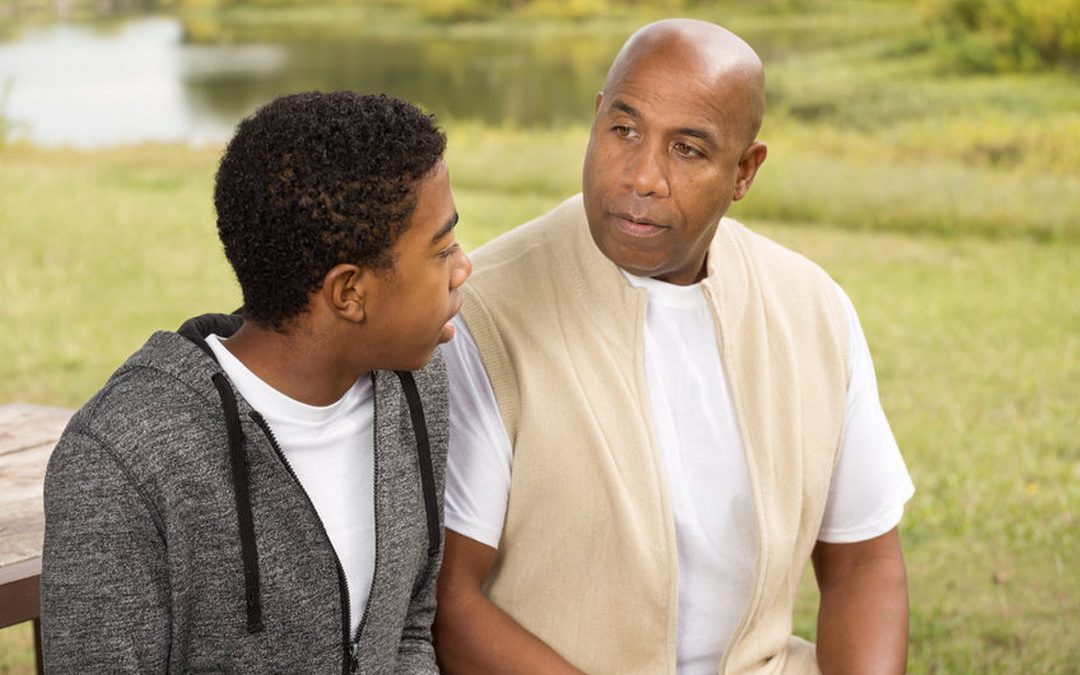 I remember an incident with my father where I was boasting about “being a man.” I don’t remember my exact words nor my age. However, I said something like, “I’m a man now.” My father immediately responded with, “You’re not a man,” and then he told me what a man is. I’ll never forget that lesson, especially since it was consistent with my observations of him growing up.

My father said that a man is a guy (male) who keeps his responsibility. In other words, a man is a male who is responsible. Another aspect of manhood that I learned from my father is that a man is himself. He would say something like, “be your own man.” My father was big on the concept of not following the crowd, i.e., not giving in to peer pressure.

I also remember reading a psychology book or article (it’s been a long time) where it discussed masculinity and feminity in the context of child development. It dealt with why boys and girls are different, and a central thread in the article was whether behaviors were learned or intrinsic.  In other words, do boys do “boy” things because it is in their male genetics, or were they taught to do them like playing with trucks, play rough, suppress their emotions, etc.? The article did not have a definitive answer, and it is still unclear what is intrinsically manhood (masculinity) or what was learned.

This article is my answer to the question, “What does it mean to be a man?” I hope that this article will help to liberate some men who are trapped by social expectations and even self-imposed limitations. Being a man is quite simple but not always easy to implement because of the socially imposed manly requirements and feminism that has negatively infiltrated our society.

Characteristics of a Man

You may be surprised that there are not that many characteristics of a man. Here is what I think a man fundamentally is.

Fundamentally a man is a male human being how does what he is responsible for doing and is not deterred by what others think of him or expects him to do or be. I am not suggesting that others do not influence a real man because all humans are. However, he does not operate by significantly factoring in what others think or expect of him. He “dances to the beat of his own drum.”

One of the things that I learned from my father about manhood is that men are responsible. They ensure that they do what they have agreed to do. They do not make excuses for not doing their job. If something beyond their control hinders them from performing, they are responsible enough to communicate that and find another way to get the job done.

Men are responsible to their wives. It is easy to be accountable towards your wife when the marriage is a good one. However, it becomes increasingly difficult to want to work at or in a marriage when he is disappointed or unsatisfied. However, if you vowed to love your wife, you are responsible for making that happen whether you feel like it or not.

Men are responsible for their children. A man will protect and train his children. He may even find himself needing to protect his sons from their mother. Women tend to operate in a way that could be damaging their sons. The responsible father will protect his sons from the feminine mindset. Now here is a problem, though. What is the feminine mindset? All a man can do is pass down to his son what he thinks a man should be. Women can’t do that because they think differently, whether intrinsically or culturally driven.

I must point out that being a man may be different in different cultural contexts. Being a man in the bush of Australia may be other than being a man in North America. Culture has a profound impact on what it means to be a man (in that culture). Therefore, we cannot ignore the cultural factor on manhood.

So, a boy wanting to be a man in Michigan, USA, has a different goal than a boy in Tokyo, Japan. I can only speak of manhood from my experiences and lessons from my father. Manhood, to me, is first fundamental and not merely a specific list of attributes coming from our culture.

Men Are Faithful To Themselves

A man is not trying to be someone else or what others think he should be. A real man strives to be himself and to express himself his way. Now, of course, this doesn’t mean that a man is exclusive from influences around him. However, it does mean that he hasn’t succumbed to the whims of others for his life but instead moves forward on his own terms. He is trying to be who he wants to be, not what someone else says.

I cannot say how much my father believed he was his own man. However, I can say that he was indeed not one to follow the crowd. I saw him as a man how was himself. He spoke candidly and would do things that would make him appear to be mean. However, he was William Cunningham and no one else.

For example, if he said that he would pick you up at 6:00 and you were not ready at 6:00 or a few minutes afterward, then he would probably leave you. If he said, “no,” then he meant it. Sometimes we would feel sorry for a salesperson or Jehovah’s Witnesses who came to the house. He would sometimes seem rude. I realized years later after having my own family that he was merely protecting his family or just annoyed at being disturbed.

Real men are themselves and not merely an instance of cultural expectations. I believe that this is the key to manhood. Be yourself and be responsible.

What about the cultural influences on manhood? Doesn’t being oneself include the many cultural norms we have learned from youth. Yes. However, a real man may go against his cultural norm if what he wants differs from it. For example, a culture may dictate that men have long hair. So most men in that culture will probably have long hair. However, there be a boy who doesn’t like long hair. Perhaps he saw a picture in a magazine or someone in person who had short hair, which resonated with him. That boy may cut his hair short in opposition to his cultural norm because that’s what he wants. He is becoming his own man.

Being a man does not change because of marriage. A man must still be responsible and faithful to himself. However, in marriage, he has additional responsibilities to his wife, household, and children. He has to manage his emotions, expressions, and pursuits because his life now includes others. He has to balance his manhood with the extra weight of a wife and family.

A man should be authentic with his wife, which is why men should not put up a façade when dating. Your wife needs to know who you really are so that she can interact with you effectively. Unfortunately, men sometimes suppress themselves for the sake of the wife or keeping the peace. I think that is a bad idea.

I remember how I chose to do my wedding my way. Why should the bride come down the church aisle with pomp and circumstance, and the groom sneaks out the back with his henchmen waiting for her? I was not too fond of that idea. I believed that marriage involves two people coming together, but from the beginning, cultural norms promoted separation, not togetherness and the wedding was no exception.

I also rejected the notion that it was the bride’s family’s responsibility to pay for the wedding. It was our wedding so why shouldn’t we be responsible for paying for it, even if we did get contributions from our families. The notion of responsibility ran deep in my mind.

I also did not accept the norms that so commonly speak of by couples. For example, it is the man’s responsibility to put the toilet seat down. No. For me, it was the responsibility of the one using the toilet to ensure it was in the desired position. My wife and I agreed that we would put everything down, the seat and lid.

I also did not accept the idea that it is the woman’s job to cook and clean and the man’s job to fix things and make money. My father once told me that I should know how to cook the foods I enjoy, so I learned how to cook. I wash dishes, sweep and vacuum floors, cook, wash dishes, and other household duties.

A man isn’t defined by his job around the house but by two simple principles: responsibility and faithfulness to himself. Therefore, it is ok for a man to wash the dishes and clean the house. It is ok for him to mow the lawn or do grocery shopping. After all, who would do those things if he weren’t married?

Even in marriage, a man must be not only responsible but faithful to himself.

What does it mean to be a man? Being a man means being a responsible male human being true to himself. Cultural norms will influence you, but overall you are operating with the mindset of being yourself.

Fundamentally, a man is a responsible male who is faithful to himself. He rejects the notion that social norms or the expectations of others dictate who he is. He may accept some social norms (e.g., real men don’t wear pink), but he doesn’t have reason to oppose them. A man who is true to himself does not mean he rejects social norms. It means that they do not limit him from being himself.

Real men are responsible male humans who are faithful to themselves in any context (e.g., cultural, religious, peers, etc.).