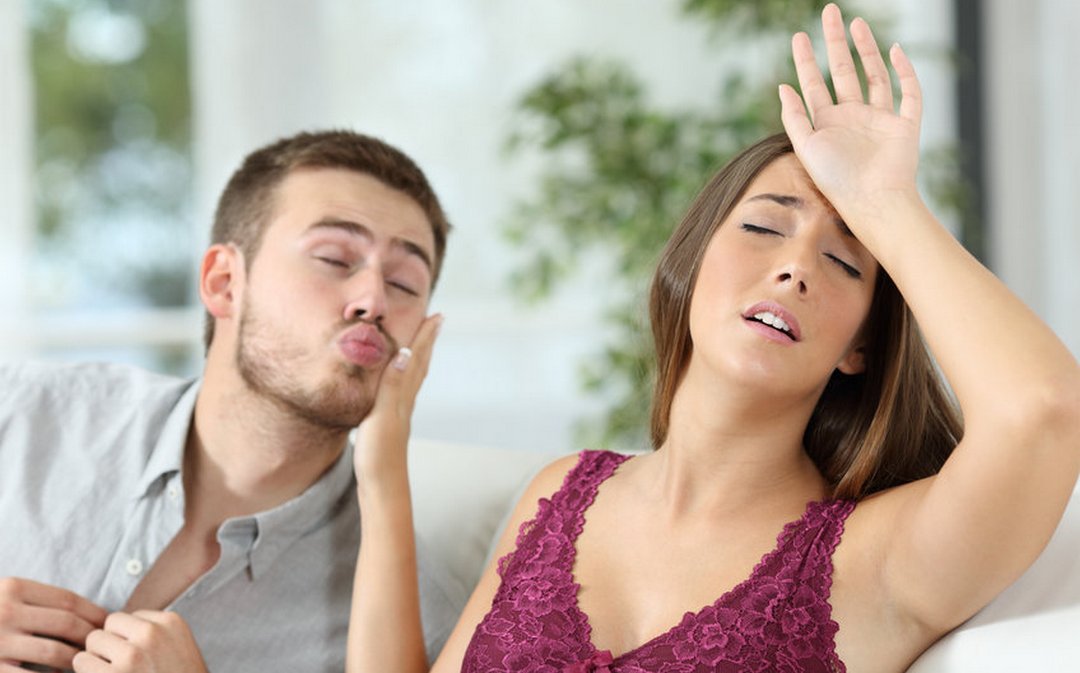 This article deals with withholding sex in a marriage, why it happens, and what can be done about it. This article is written from a man’s (husband’s) perspective because the author is a man and can readily relate to the effects of a wife withholding sex. That is not to say that wives withholding sex from their husbands is the only problem. Many men withhold sex and intimacy from their wives.

This article aims to help the withholder of sex understand what it does to the marriage and their spouses. I also hope to help the spouse suffering from lack of sex cope with the issue, move forward with fulfillment and happiness in themselves, and hopefully positively affect the marriage.  I hope that you will be more sensitive to the value of sex in a marriage relationship.

What is Withholding Sex in a Marriage?

Withholding sex is simply the practice of refusing to have or avoiding sexual intercourse and sexual intimacy with your spouse. Withholding sex in a marriage is a long-term practice, not a single incident. If the wife, for example, says that she has a headache, she may really have a headache, and you, as the caring and loving husband, should address that.

For a man, sex with his wife is how he establishes or validates an emotional connection and receives a sense of being desired by her. For a woman, sex is how she expresses the emotional connection she already has with her husband. I believe it is vital for a husband and a wife to understand the meaning of sex to the other.

Therefore, withholding sex means severing physical intimacy, emotional connections and expressions, and the marital bond. It is also possible that withholding sex is a symptom of a larger problem in the marriage.

Why Do Husbands and wives Withhold Sex?

There are many reasons why a wife would withhold sex from her husband and vice versa. As I stated previously, this discussion is from the perspective of a man. Not only is it more natural for me to write from that perspective (I am a man), it also makes writing easier if I don’t have to include “vice versa, he/she,” etc.

Okay.  A wife may withhold sex from her husband for the following reasons.

There are many other reasons why people withhold sex from their spouses. However, understanding why it happens is the first step to resolving the problem.

Clueless ABOUT the State of the Marriage

Unfortunately, many people get married for the “wrong” reasons. I mean that they get married with no clue what marriage is all about and how to make it work. Instead, they get married because they are emotionally in love, which is inadequate for a lasting and fulfilling relationship.

Being clueless about the state of the marriage means that one or both have no idea how their spouse feels about the relationship. They are unaware that their spouse is unhappy with their sex life and possibly other relationship attributes. This cluelessness is exacerbated when the wife, for example, does not take her husband’s complaints seriously.

I should point out that cluelessness in marriage can result in many other problems besides the effects of withholding sex. Interestingly, we can spend so much time managing other things but neglect nurturing the marriage. We understand that we need to be educated and trained in our occupational disciplines, for example, but wholly neglect to educate ourselves about marriage.

A clueless wife, for example, will make her husband increasingly frustrated about the marriage. Eventually, he may give up on it or significantly separate himself from his wife emotionally.

The Effects of Withholding Sex

Withholding sex from your spouse will adversely affect the marriage and should, therefore, be avoided. There may be good reasons for withholding or avoiding sex with your spouse, but those reasons should be discussed and the issues resolved.

Of course, you should never withhold sex as a way to punish, control, or manipulate your spouse. Ever!

Withholding sex is not a single incident. It involves consistently withholding sex from your spouse for a long time. Talking about the issues in the marriage is the first step to resolving problems and helping the marriage move towards a state of happiness.

However, the marriage will suffer if the husband and wife do not talk about their problems, which is the lack of sex in this context. For example, the husband may express his concerns about the relationship, but his wife has an emotional outburst that diverts attention to her feelings instead of the issue raised by her husband.

Those unresolved issues will grow like weeds and further damage the marriage. When problems are brought up later (sometimes the same issues), stronger emotional responses continue to block resolution, and the marriage increasingly suffers over time.

Sometimes a husband, for example, cannot talk to his wife candidly about problems in the relationship because she usually responds emotionally instead of reasonably. Instead, she should try to understand his concerns and work with him to resolve them. Let me be clear that emotional responses are not exclusive to women. Men too can respond emotionally instead of reasonably to problems, such as angry outbursts.

The bottom line is that husbands and wives should be open and honest about problems in the marriage and work together to resolve them.

What to Do About It

What can you do when your spouse consistently withholds sex from you? Try the following before giving up on your marriage. It may not look like it now, but your marriage can return to the happy relationship that you long for.

Dealing With the Frustration and Pain

It is painful to endure a sexless marriage where your spouse withholds sex from you. All sorts of ill feelings arise, and that relationship goes down the tube. You look at your spouse, and resentment and anger arise instead of the attraction you felt years ago. You want them, but they consistently reject you by withholding sex.

I believe it is imperative not to allow the sexual state of your marriage to define you or keep you from happiness. Therefore, continue (or start) pursuing your dreams and secure your own happiness. Don’t allow the lack of sex to rule your life. I’m not saying to become celibate. I am saying that your life is much more than sex, so act like it.

After being rejected by your spouse for an extended period, you will find that your attraction to them has waned. You may have begun practicing disabling your libido to protect yourself from rejection and the temptation that may occur when you are away from your spouse. It may become common for your wife, for example, to walk around in her panties, and it triggers nothing sexually.

Of course, such things as kissing, hugging, holding, spooning, etc., diminish over time. After all, it’s hard to hug a cactus tree, i.e., that which causes pain. Don’t concern yourself about those things. Instead, keep moving forward and work on yourself. Try to be open to your spouse and take opportunities to discuss issues in the marriage.

People sometimes ask how long they should tolerate such pain in marriage. Only you can determine when you have had enough and when all hope is lost. You can tolerate more if you are working on your own happiness.

Perhaps other aspects of the marriage are worth nurturing. Perhaps you can benefit from living as “friends” or roommates until things get better or you call it quits. Maybe you will resolve that you won’t divorce even if things don’t improve. You decide to continue with a functional and sexless marriage instead of ending it. Besides, there is no guarantee that you will not face the same issues if you marry someone else.

Be aware of the temptations to cheat on your spouse and do all you can to avoid it. Do not allow yourself to be in situations where your willpower fails you.

Overall, take care of yourself and do not stop living because you are not getting the sex you want from your spouse. Life is much more than sex. Avoid defining yourself and your marriage by how much sex you have with your spouse. Like most other things in your life where challenges arise, work on them and resolve them as much as you possibly can.

Many people withhold sex from their spouses for various reasons. You should never withhold sex from your spouse as a means of controlling, manipulating, or punishing them. That practice is counterproductive to the relationship.

Communicating your concerns and talking about the problems is key to resolution and a happy, sexually satisfying relationship. Be open and honest with your spouse, especially if you are the one withholding sex from them.

Pray to God for wisdom in dealing with a sexless marriage. Expect God to help you as you work on improving your marriage and yourself. However, keep in mind that you cannot make your spouse do what you want.

Remain committed to your marriage and avoid situations that could lead to infidelity. Realize that sex is not your master, and you decide to focus on other things. Improve yourself. Be a better husband or wife. Pursue your dreams and enjoy your life.